Ruin is the theme that connects the individual parts of the cycle Oh and Hah, Beauty, Ruin and Slack. We perceive a ruin not as something negative, but as a lingering emotional farewell to the past. It helps us find connections between the past and the future and see the places of transience. It motivates the emergence of something new and at the same time relativizes our future plans. The ruin is not just a romantic image of slowed-down disappearance, but a genetic part of ourselves. It is based in the foundations of natural cycles and everything created by humans. We also understand it as part of the PLATO venue – which is currently the ruin of a former hobby market; in the near future PLATO will move to the reconstructed ruins of the former municipal slaughterhouse, while the city of Ostrava can be perceived as a ruin of the industrial age.

Each of the five parts–scenes is based on the gradual addition of selected individual works of art and art projects. At a certain point, the scene emerges as an exhibition entity, which is then disintegrated and transformed with the creation of another scene. When it becomes stabilised for a while, it is celebrated by the act of an “opening”. We understand the scenes in a theatrical sense. The cycle Oh and Hah, Beauty, Ruin and Slack is something like a theatrical performance in one act and five scenes.

The scenes are permeated by other interventions such as performances, lectures, musical events or film screenings. The entire project is covered by a publishing platform – the Octopus Press publishing house, which has borrowed its identity from an underground Greek publishing house that operated in the 1970s. The project will be completed in mid-2022 with the transfer of PLATO to its ultimate venue in the reconstructed municipal slaughterhouse. 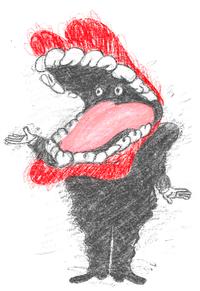 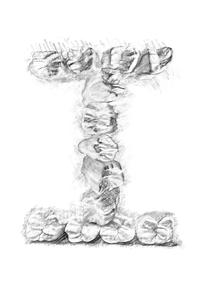 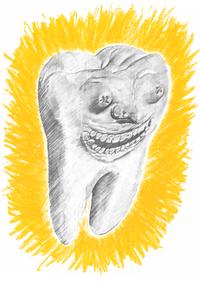 The ruin that diversifies settles right in our bodies. It is an important indicator of how interconnected we are. Today, diversity is the answer to the great failure of monocultures, and the pressure for diversification is supposed to solve all our problems. We are asking, however, what about our integrity within the concept of diversity, how new kinships will form independent of gender, sex, race, species, class, party, citizenship, minorities, religions. Are new communities without fixed ideologies sustainable? 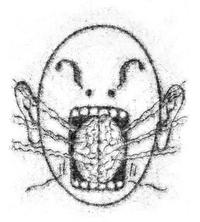 What happens to a ruin when it is translated into different aesthetic canons? What is the relationship between the ruin and its representation, what represents it and how? How useful and harmful are representations of ruins? Does the representation multiply the ruin’s entropy or does the ruin acquire a new (and significant) integrity in the image? Through emotional identification with it, it offers the possibility of transition, of continuation.

The image of a ruin – if it is not a mere document – is an exorcism, a new construction. Does the ruin sweep all other themes into the abyss of time? The image of a smouldering ruin wishes to hang on the wall for a long time, being caught in peripheral vision while meandering along the online stream of images of the present, and to create a new identity that is difficult to simply capture. It takes many images to illuminate it.

Supported by Ministry of Culture of the Czech Republic and Moravian-Silesian Region.